Apostasy depicts the growing rift in a family — a mother and two daughters — who are rigorously devoted to their religion. Raised in The Truth, as the faith is known to Jehovah’s Witnesses, sisters Alex, 18, and Louisa, 21, take their religious mission door to door among a large Pakistani community in Oldham, Greater Manchester. It comes as a shock to both Alex (Molly Wright) and the girls’ equally devout mother, Ivanna (Siobhan Finneran), when Louisa (Sacha Parkinson) starts seeing a young man who is a non-believer and begins pushing back against Ivanna’s straightjacket of values. The Elders of the church watch carefully and Louisa is condemned for having lost her way. At the same time, Alex is courted by a new arrival, a committed Elder who receives the blessing of her mother and the community alike. What transpires from there is far from predictable, and the outcome stretches the women’s faith to its breaking point. As the sisters embark on their own paths, Ivanna’s love and loyalties are torn. 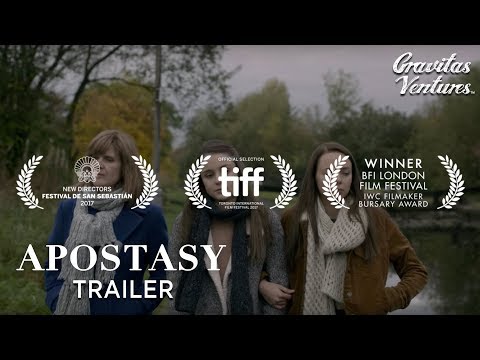