The tv series season Winsanity Season 1 is already released on GSN in the USA. The upcoming GSN release date in the UK is to be announced. The series, hosted by actor Donald Faison ("Scrubs"), is unique in that the game play offers the opportunity for prizes to be won not only by the contestants but also by the studio audience. GSN has also partnered with participation TV technology company iPowow to allow viewers to play along at home in real-time for a chance to win prizes throughout the season. Each half-hour episode of WINSANITY features a contestant attempting to rank ten compelling and surprising facts in numerical order, from lowest to highest (i.e.: Which is greater: the number of marriages each year in the US, or the number of President Barack Obama's Twitter followers?). Every time a contestant is correct and wins a prize, so does a randomly selected portion of the studio audience. However, if a contestant gives a wrong answer at any point, they, and the audience lose everything, and a new contestant takes his or her place and continues the game, trying to win prizes that increase in value with each round. 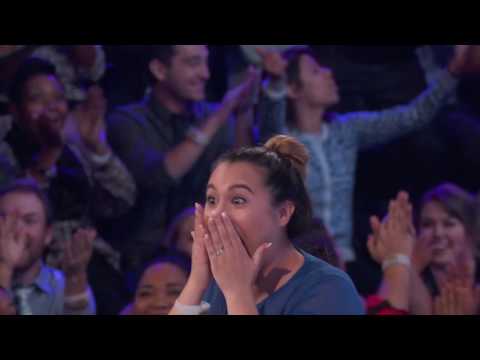