The game Too Angry to Space is already released on PC in the USA and UK.

Too Angry to Space

Do you miss the times when games were not holding your hand? When they did not forgive mistakes and controls and rules were clear and simple to learn? YES? So you miss the 90s! Prepare to a small time travel. As a cosmic marine Red Madson shoot, jump and kill the aliens which are so stupid to attack your base. Find the exit from 14 wide levels and get back to the Earth. Too Angry to Space is a 2D mix of platformer and shootem-up. Everything is in a pixelart sauce straight from the 90s. What is the story? Who cares about the story?! Aliens attacked the space station and you are the only human being who survived. You have to kill them all. Prepare yourself for lots of destroying robots, killing robots and more, more explosions. You will find here pure action without a post-rpg bullshit like leveling the hero or sneaking around. 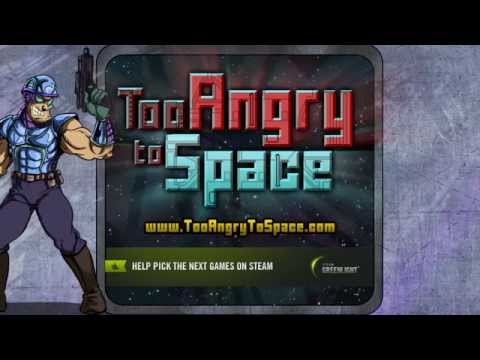