The tv series season The Last O.G. Season 2 is already released on TBS in the USA. The upcoming TBS release date in the UK is to be announced. Comedy superstars Tracy Morgan and Tiffany Haddish are back for a second helping of The Last O.G. The series, co-created by Jordan Peele, will return to TBS on Tuesday, April 2 at 10:30pm ET/PT. After losing his job, Tray (Morgan) goes all in on his dreams of becoming a chef. Tiffany Haddish stars as Tray's ex-girlfriend Shay, who has an intriguing business venture of her own on the horizon. Season two also features returning series regulars Ryan Gaul, who plays Shay's affable husband Josh; Allen Maldonado, who plays Tray's goofy but well-intentioned cousin Bobby; and Taylor Mosby and Dante Hoagland, who play Tray and Shay's teenage children, Shahzad and Amira. 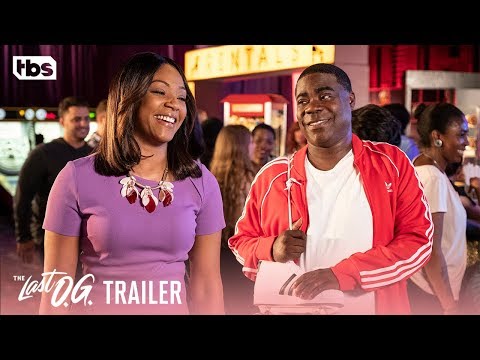