The movie The Goonies is already released on Blu-ray in the USA and UK. From the imagination of Steven Spielberg, The Goonies plunges a band of small heroes into a swashbuckling surprise-around-every corner quest beyond their wildest dreams! Following a mysterious treasure map into a spectacular underground realm of twisting passages, outrageous booby-traps and a long-lost pirate ship full of golden doubloons, the kids race to stay one step ahead of a family of bumbling bad guys.... and a mild mannered monster with a face only a mother could love.Directed by Richard Donner and starring Sean Astin, Josh Brolin, Corey Feldman, Martha Plimpton, Kerri Green, Robert Davi, Joe Pantoliano, Anne Ramsey, Lupe Ontiveros and Mary Ellen Trainor, The Goonies is a film that still delights the young and the young at heart. 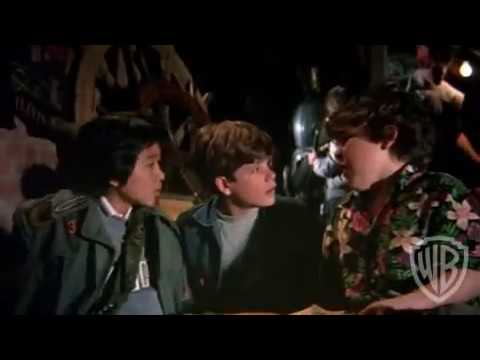