The game Paradox Error is already released on Switch in the USA and UK. Paradox Error is a surreal take on the scrolling platformer format, combining minimalistic black-and-white presentation with self-aware, fourth wall breaking design. Glitches are intentionally integrated, allowing the player to cheat death, open new areas by triggering bugs or leap off of UI elements as if they’re part of the stage. The title screen’s main menu acts as a respawn hub, cursors may appear as enemies or helpful guides, graphical errors obscure parts of the screen and the player’s character explodes into pixels upon death. To survive, you’ll have to quickly identify which portions of the screen can be reached, which pixels can be touched and which ones are simply background art. Adapt as gameplay suddenly shifts to a different perspective or requires interaction with a glitched object to proceed. At its core, Paradox Error is an ever-changing environmental puzzle where you’re expected to die repeatedly and use those failures to inform further attempts, until the goal is eventually within reach. Decidedly hardcore in difficulty but fair enough to encourage repeated play, this is an exercise in trial-and-error, where determination becomes its own reward. 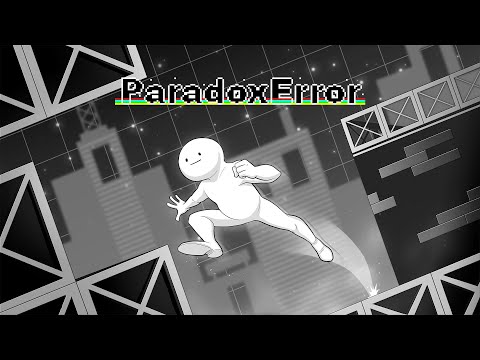