The anticipated game Move or Die upcoming Xbox One release date in the USA and UK is to be announced. Move or Die is a very fast paced party game with up to 4 players on the same screen (or online)! All players go through a series of various games modes with different levels and sets of rules, each one of them lasting ~20 seconds. The goal is to be the last one standing! The catch? As the title says, MOVE OR DIE! Your health is constantly draining as long as you stand still, you have to move in order to regenerate it! Not only that, but you also have to be careful of other threats as well, such as falling death blocks, bombs and even other players. 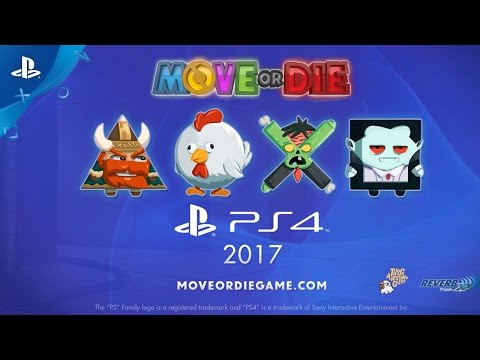