The tv series season Jay Leno's Garage Season 5 is already released on CNBC in the USA. "Jay Leno's Garage," hosted by legendary comedian and "Tonight Show" host Jay Leno, returns for season five with eight episodes full of adventure, cool rides, plus a few special guests including John Travolta, Martha Stewart, Tim Allen, and Jim Jefferies, among others. "Jay Leno's Garage" takes the fast and the furious car fan for a high-octane spin across the country with a mix of stunts, reviews, celebrity interviews and challenges. As well as putting some of the world's most amazing vehicles through their paces, Jay meets fellow car enthusiasts from who he'll discover the touching, hilarious and sometimes hard to believe stories that make these cars more than just rubber and metal. There's no wheel Jay won't get behind to tell the story of our love affair with the automobile. 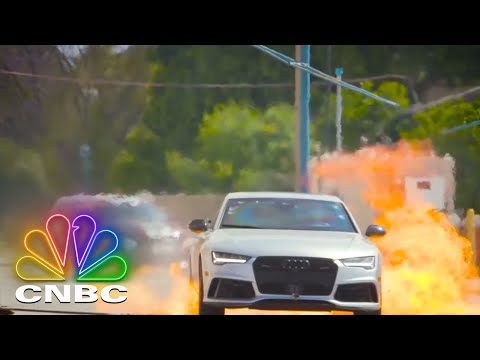