The anticipated game Dragon Quest X upcoming Wii U release date in the USA and UK is to be announced. Dragon Quest X can only be played offline for a few hours and then needs to be played online to access all of the content. There is a monthly subscription fee.The game utilizes cloud storage for save files and other game data. The game play is aligned with all other Dragon Quest games which include the traditional "RPG" style game play with a mix current MMOs. The player has access to an open-world environment which include random towns, enemies, quests and many secrets that lie hidden. With Dragon Quest X players are able to see the enemy on the map which they're able to choose to fight or flee. Being that its a "MMO", players will also be able to make a group with four other people. Like many other multiplayer games, there are quests and items to be found randomly and most players will begin their quest at "starting areas". Each race has its own unique town in which the players are able to socialize, barter, investigate, and do as they will. Players can cross-play with players on the other versions of the game. 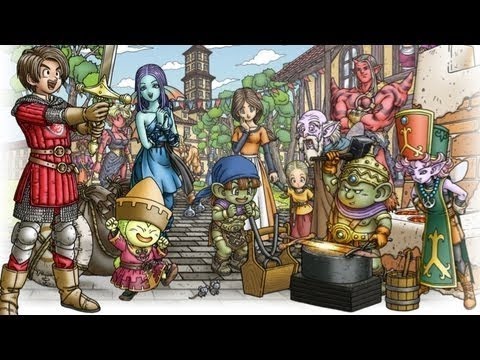