The game Combat Air Patrol 2 is already released on PC (Early Access) in the USA and UK. Feel the power of flying the AV8B Harrier II. A flight and naval combat simulator with mission planner and fully dynamic open ended campaigns. CAP2 uses a custom built engine that delivers a totally unique, immersive and realistic experience. Your battle-space is over 250,000km2 of beautiful and geographically accurate terrain around the Straits of Hormuz. After initial flight and tactical training you will be pitched into an immersive scenario against aggressive ground, sea and air based enemies. Use the fully articulated cockpit, your skills as a pilot and your tactical awareness to engage in dogfights, carry out ground attacks and command your fleet to ultimately ensure the safety of your comrades and the final capitulation of the enemy. Strategic decisions such as commanding your fleet on the tactical map and your performance in the air will affect the final outcome: Go 'gung ho' with a full out assault and the outcome will be in the balance or plan ahead and the end result will be your ultimate victory! 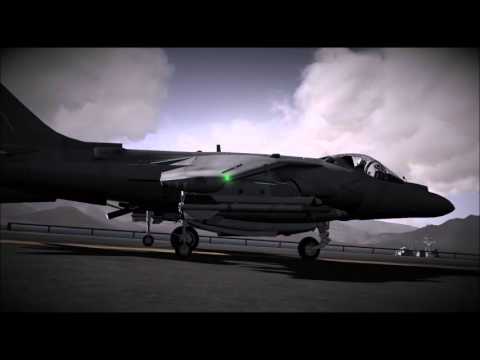