The all-new 10-part series brings Cesar back when pet owners need him the most, as the world has changed significantly since Cesar made his television debut 16 years ago. Airing globally in 172 countries and 43 languages, new episodes will air back-to-back on Fridays at 9/8c and 10/9c on National Geographic and encore Sundays at 8/7c and 9/8c on Nat Geo WILD. Episodes will also be available to stream on Disney+ each Wednesday, starting Aug. 4. As humans face a world never seen before, they have turned to four-legged friends as a way to console, bringing harmony and peace to their homes. In fact, dog adoptions are hitting record highs over the past year, with some cities reporting a 90% rise in adoption rates. However, with great power comes great responsibility, and sometimes more pooches can cause more problems. Many rescue dogs can come from a troubled past resulting in unknown trust issues, which can be difficult for new owners. CESAR MILLAN: BETTER HUMAN BETTER DOG showcases Cesar Millan as he takes on the most challenging cases yet, treating a host of new canine behavioral issues impacted by well-intentioned but impulsive owners. 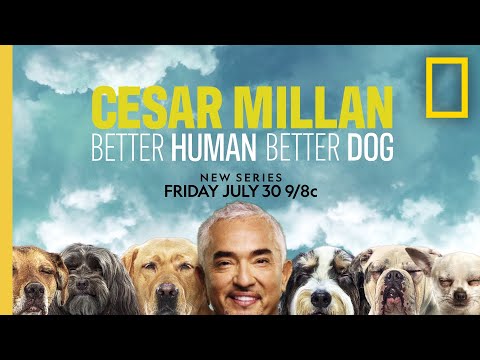