The tv series season Braxton Family Values Season 6 (Part 3) is already released on WE tv in the USA. After their family fallout broke the internet, there will be more drama than ever before when WE tv's hit series "Braxton Family Values" returns in its sixth season, premiering Thursday, April 4 at 9/8C on WE tv. In the Season Six return, Toni has the family guessing did she and Birdman split up? Did they get back together? Tamar is ready for new beginnings as she has a new man in her life and makes history winning "Celebrity Big Brother." Meanwhile, Traci opens for Tamar on tour and is defensive of her sister, Toni when it comes to her relationship. Towanda finally reveals her secret boyfriend and to her sisters' surprise, it's a familiar face. Evelyn launches a new business venture and cookbook to her daughters' delight, featuring "Buffins." Trina and boyfriend Von are ready to take their relationship to the next level however Trina receives tragic and devastating news forcing the couple to take a pause. 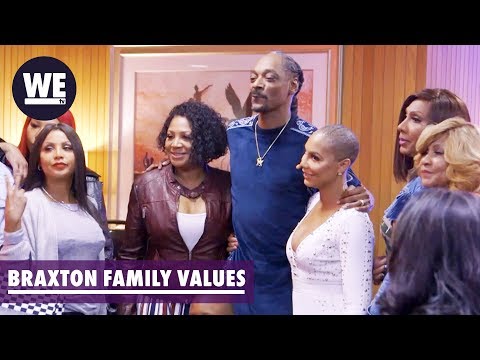