The tv series season Birdgirl Season 1 is already released on Adult Swim in the USA. The upcoming Adult Swim release date in the UK is to be announced. After being named CEO of the world's largest and most non-sensical corporation, Sebben & Sebben, Judy Ken Sebben (aka Birdgirl) has to find a way to maintain her work/superhero life balance. Through the halls of the company headquarters she assembles her Birdteam! By day, they try to drag the company into this century. By... mid-afternoon, they usually end up having to break a lot of things to stop something bad that one of them may have helped cause. It's the sort of superhero team we get at this moment. 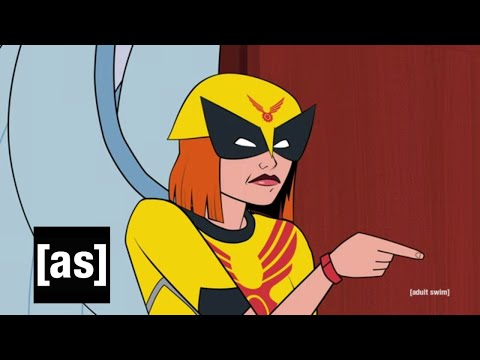