The game Animal Force is already released on PlayStation 4 in the UK. In this VR Party video game players enter an alternate Earth which is under attack by aliens and only a ragtag team of animals with superpowers on a rocket can save humankind. The super stylized, vibrant animated world entertains with four distinct and familiar mini-games: Tower Defense (single player only), Steal the Statue, Odd One Out, or Divide & Conga - that’s right, Conga! In multiplayer mode, the player with the PlayStation VR headset will control the action with a PlayStation®Move controller, while up to three additional players disguised as enemies join the fun with the DualShock controller. Whether playing solo or with friends, there’s always a party with this wild posse of supercharged animal heroes! 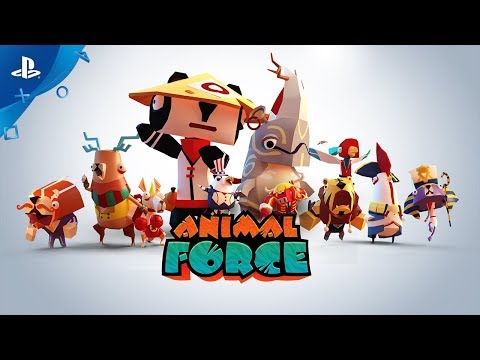