The game A Grande Bagunça Espacial - The Big Space Mess is already released on PC in the USA and UK. The Brain Monster from Space decided to become a big successful villain with intergalactic recognition to make his father - a famous monster - proud! For that, he took some gifts he got from his father (giant worms, evil robots and other stuff from alien armies) and started his evil plans: to capture some defenseless damsels, steal some banks, plunder and destroy some planets, he even considers getting into politics! Brain Monster doesn't care to understand the local wildlife when he invades a planet. So he makes some mistakes, like disguising a drone as a fish or a lobster and sending it to fly saying: - Fly, my little turtle! One of his evil deeds was to kidnap Babe, Waldisglédson's girlfriend, the pizza boy. Waldisglédson, in turn, joined a special army to find the Brain Monster and rescue his Babe. The fearless Waldisglédson will face creatures from space and find allies on his journey! 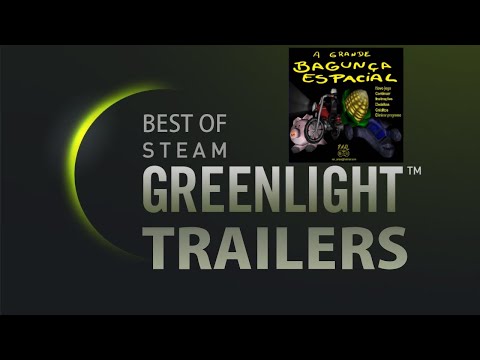